skip to main | skip to sidebar

Black men, White woman.. Why we have it all wrong.

Its come to my attention on the inter-webs that recently there has been a lot of talk about Black Men using White Woman as a some sort of symbol of success. Your man get's to a certain status and "he's gon' leave yo' ass fo' a white girl" (Kanye West). But I think there are a few misleading details and don't get me started on how politically incorrect this all is. There really is much to be said about this utterly misleading stereotype and I just wanted to clear some things up. Im gonna make this quick. Firstly, the rappers and actors and athletes that American TV will have you thinking are some of the richest people in the world really dont make shit. Lets face it, media makes them famous but fame doesn't equal money, so already we have this skewed sense of success through exposure. Also, we can't judge what we can't see so most of the ACTUAL rich people who AREN'T in entertainment are not photographed with their primarily BLACK wives walking down the street by paparazzi. So I have compiled some photos of some of THE RICHEST BLACK MEN in the WORLD and their wives. Enjoy.

Starting with someone we all know and love or hate, Sean Combs. Although P.Diddy has a strong hand in entertainment, he is RICH because of his many business ventures. But lets be clear, he still makes 1/32nd of what the richest black man on this list makes. His long time gf Kim Porter may not be his wife but is the mother of most of his children and is obviously a ride or die chick. 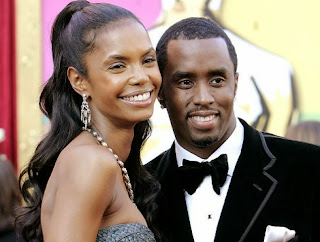 Robert L. Johnson founder of BET was married to Shelia Johnson for over 30 years. They're divorced now, but while he was making those big bucks, he had the strength and encouragement of a strong black woman with him all that time. 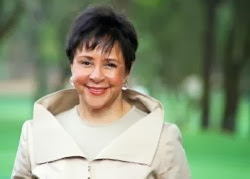 Mo Ibrahim and his wife Hania Ibrahim are BOTH millionaires. Mo, who is actually a billionaire made his money through an African mobile phone company and philanthropy. 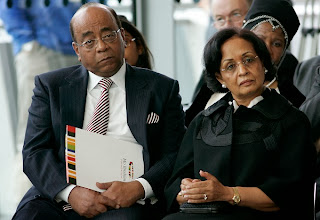 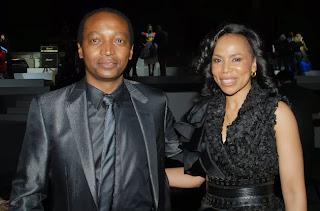 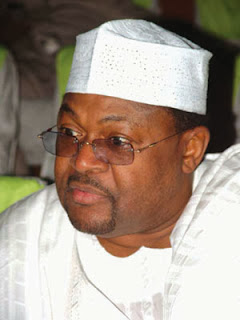 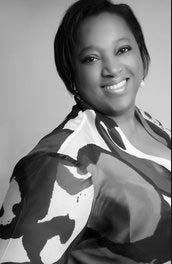 This really is the short list, but I wanted you to get an understanding of something. A real woman, one who stands by your side and helps you to achieve your goals and her own, a woman who is understanding, supportive and CHALLENGING-THOSE are the trophy wives. Those are the women who are WORTH something. And these women come in all shapes, sizes and COLORS. Don't let the media and trifflin' fools make you think you aren't worthy. And that's in all cases, not just this one. Speaking of cases-I rest mine.

So this really nice guy hits me up because Hank&Cupcakes told him I was cool peoples.. and this is what came of it. I promise you we were shooting for like 2 hours haahahhahaha. But yeah.. He made all these promises to me but at the end of the day he was just using me, and thats the business baby! Hate it or love it. I hope I helped make the commercial cool. exoh KALAE
Posted by Unknown at 7:49 PM

Just trynna keep ya'll updated.. I'm working on an album under Kalae Nouveau and Im not sure if this is the first single but I was hoping that people would remember that I exist.. hahaha exoh KALAE
Posted by Unknown at 1:33 PM

Pedestal/Pour It Up MASH UP

This show was fun! Click to watch it in youtube if you want to watch the whole show. Also-im looking for a new band so if you play and want to audition please send me some ish! Kalaeallday@gmail.com ;) exoh KALAE
Posted by Unknown at 1:30 PM

Earlier this year an amazing woman by the name of Meghan O'Connor wrote a piece on me for Alt Citizen.. You can read it HERE And here's a video her team made of me srapping a bit (singing/rapping=srapping) hope you enjoy it!

I wish I would have shared this on here much sooner but I often forget about my blog.. im sorry that i have forsaken you my dear.. I always do somehow.. Im bad at commitments.. even internet ones.. I come from a fickle generation.. I hope you can see through my wishy washy ways and into my solid center.. I want to relay positivity and love to the world but often the internet makes me feel negative and hateful. GRRR. I will make more music to counteract this animosity and then get back online to share it with my "friends," only to garner more irrate feelings to shove back into my peace loving core as inspiration for more music.. Heres to the cycle! Lets hope something good comes of it.. peace, love and light.. exoh KALAE
Posted by Unknown at 1:18 PM

Dancing with myself, among other things.. 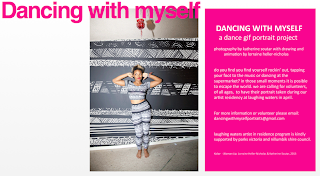 My amazingly talented sister from another mister Katherine Soutar and her lovely friend Lorraine Heller-Nicholas, have collaborated on this very unique gif project called 'Dancing with myself" inspired by the oh so lovely and talented Billy Idol (see amazing song/video BELOW). Since I got love for my family, I opted to be the first "model" for said project, so you can click the photo above to see the fully animated gif, or you can click HERE and be some of the firsts to volunteer! These Ozzy chicks are definitely amazing and I plan on working with them in the future for a music video so watch out for that and stay tuned my furry friends.. or waxed.. i don't know what you have going on down under! POW! i brough it full circle.. peace and chicken grease exoh THE MARVELOUS NOUVEAU
Posted by Unknown at 2:21 PM

I was watching Lykke Li's video for "I follow Rivers" and I sort of hated it (not the song, the video- sorry Tarik Seleh) So I googled a good, cheap, innovative video of hers and decided to share. No big budget, no pretense, just creativity. ENJOY
Posted by Unknown at 2:46 PM 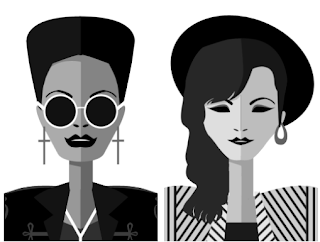 Nothing touches me more than fan art. There is something about knowing that I have inspired art in this world that makes every day that I struggle as a starving artist, that much more worth it. Thank you Patricia, for feeding my heart and soul! exoh The Marvelous Nouveau
Posted by Unknown at 9:00 AM 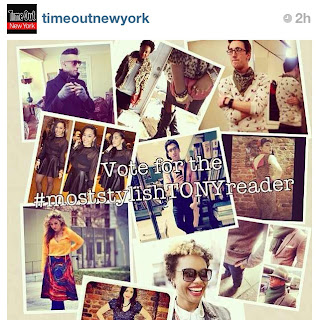 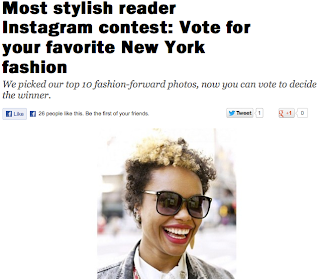 OMG OMG OMG OMG Im so fly. (hahahaha) I was chosen as one of TONY's top 10 most fashionable readers! But it aint ova yet boobies! I need you to VOTE for my photo and instagram name "@kalaeallday" so that I can win the GRAND prize! What it is??? IT s a feature in Time Out mags Shopping/Style section. BooYah. Help ya girl make that happen! Propulosity! VOTE HERE exoh The Marvelous Nouveau
Posted by Unknown at 1:07 PM

Promote Your Page Too 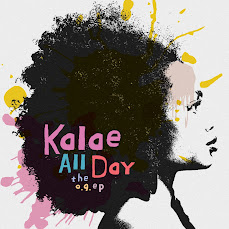 "The Sun, The Moon & The Stars" EP w/SciryL Cooper 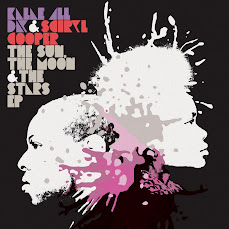 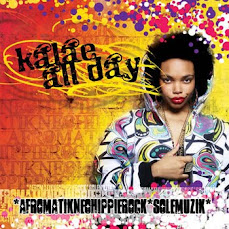 Demand me in your city!

Kalae Nouveau (formerly known as Kalae All Day) is a singer/songwriter/emcee. The Harlem native has over 100 New York shows under her belt, at venues such as SOB's, Crash Mansion (RIP), Sputnik (RIP), The Knitting Factory, Public Assembly, Highline Ballroom, Santos Party House, SouthPaw (RIP) and Ashford and Simpson's Sugar Bar. Opening for rappers Jean Grae, Talib Kweli, Keith Murray and CL Smooth, she has been making her presence felt on the music scene in NYC since 2008.

A natural performer, Kalae sang in the Children's Choir at the Harlem School of Arts at the tender age of four. She went on to be influenced and inspired by musical talents such as the great Jimi Hendrix. Kalae at times describes herself as 'neo-soul' or 'hip hop' but in reality she supersedes all genres, so it therefore made sense for her to create her own genre, one which truly defines who she is, Kalae Nouveau is; Afromatic-neo hippie-rockstar-soul music.

At an arresting 5'10" (6ft if you include her hair) Kalae brings the energy and presence of a vet to her stage show and leaves the crowd begging for more. Kalae first stepped on stage 4 years ago, performing original tracks to only 20 people with nothing but a smile, a habibi scarf and a guitar player. Since then Kalae has been called "One of the most notable female MCs in the New York circuit" by Above Ground Magazine. But she is much more than an "MC," she is an artist.

On March 17th 2010, Kalae released her first recorded project under "Kalae All Day," executively produced by chart topping artist, Princess Superstar, entitled "AFROMATIKNEOHIPPIEROCK*SOLEMUSIK". The album includes guest appearances by, Homeboy Sandman, Mic Wilson (the rapper formerly known as Prezzure) and Rebel Starr to name a few. It has been compared to the likes of Mos Def's second project by Beyond Race Magazine; "The multi-eclectic approach of Kalae's album raises a similar question as Mos Def's sophomore solo, which challenges listeners' definition of what hip-hop is, by including sounds from some of hip-hop's mother genres." The music video for the first single, "O.G.LYRIKALBOOKBAGGER" featuring Homeboy Sandman, has been featured on many popular blogs such as, Okayplayer, Nahright and 2dopeboyz.

In 2009 Kalae became the only female singer to ever win the Brooklyn Bodega Show and Prove. The grand prize was the opportunity to perform on the main stage of the 2010 Brooklyn Hip Hop Festival along side legends De La Soul, which was a huge honor for her. In August of 2010 she opened for Dead Prez, Cody ChesnuTT and Pharoahe Monch at The Highline Ballroom. In November of 2010 she received her first endorsement by the bag company Slappa and made a promotional video for the company using a mixture of recorded and live music that was released in Jan of 2011.

In 2011 Kalae released a Bossa Nova inspired EP with rapper and Spoken word artist SciryL Cooper. It was received very well and written up in the Revivalist section of OkayPlayer. Soon there after Kalae was chosen to be featured in an Artist Spotlight mini documentary sponsored by Kotex and aired on MTV for 6months. That same year she released a music video "20 Kit Kats 4 the Riff Raff" which was written up by Vibe.com who posed the question, "Is Kalae All Day the next female rap Superstar?"

In 2012 Kalae released "PassTimes & Crasslines" her highly anticipated first mixtape with tracks by MF Doom and Flying Lotus. She also appeared on the pop/rock duo Hank & Cupcakes debut album "Naked" on the official remix to "Aint No Love." That same year Kalae declared that "Artists evolve and so do names" and changed her name to Kalae Nouveau.

In 2013 Kalae was featured on "WomanUp" the Remix by pop singer Charlene Kaye.

Kalae Nouveau is currently working on Nou* music to better represent the artist she is. She encompasses many musical influences, spanning from Soul to Electronic to Hip Hop and her goal is to erase the line between mainstream and underground. 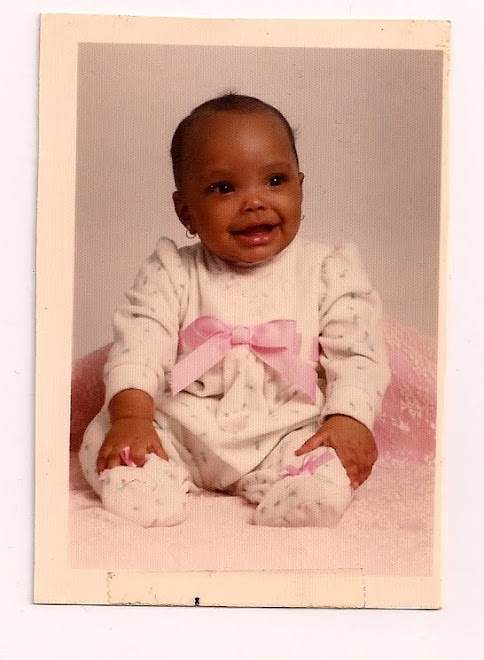